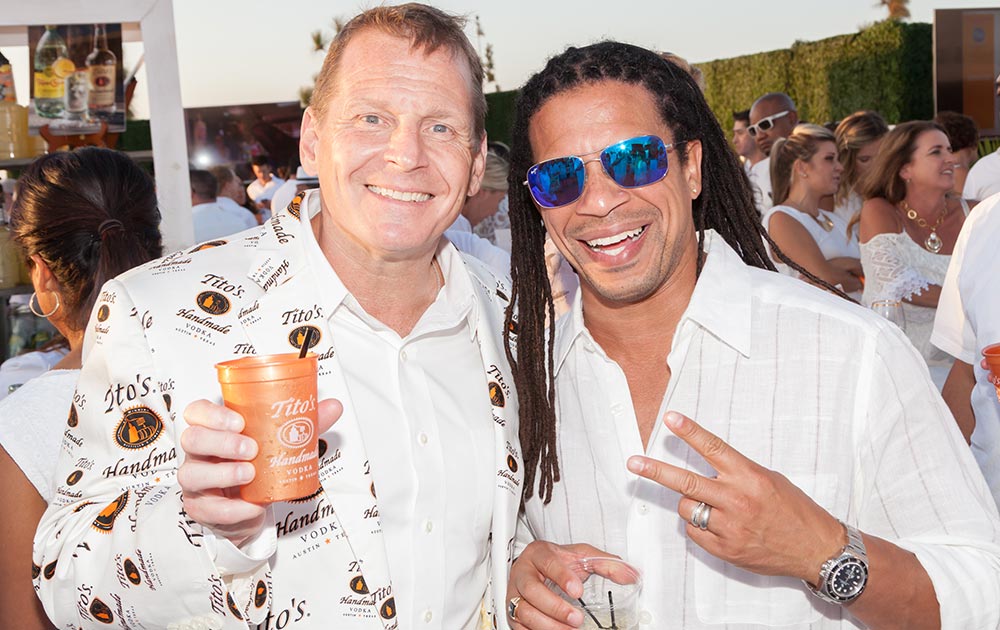 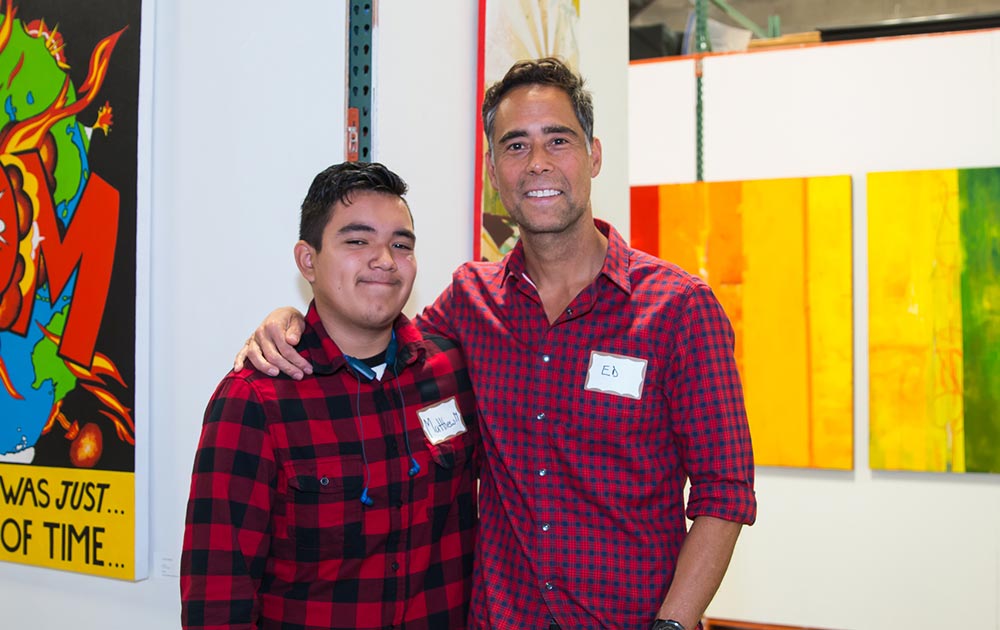 The Beacon of Light Award honors a business or individuals who show exemplary dedication and commitment throughout the year to Walk With Sally’s programs and services to support children and families impacted by cancer.

Their support hasn’t been limited to just the delicious craft cocktails they cultivate for our attendees. Tito’s philanthropic philosophy and dedication drives them to create new ways to support organizations in their communities that matter most to them. Fortunately for us, Walk With Sally, and specifically our mentor and mentee Friendships and support for families impacted by cancer, is one of those organizations that 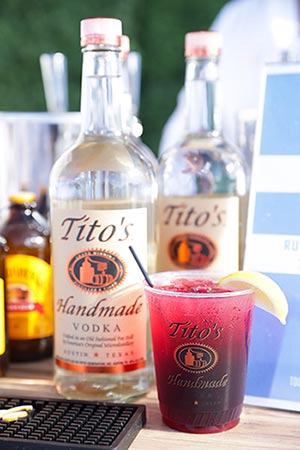 In the early days of Tito’s Handmade Vodka, Tito was famous for saying, “We’re a vodka company that turned into an event company.” At some point, as that story evolved, so did his musing: “Now we are a philanthropic company that does events and just sells vodka on the side.”

That musing has certainly been evident in their partnership with Walk With Sally. Now in their fourth consecutive year of support, Tito’s has expanded their support to include not only White Light White Night, but also the Friendship Bowl and additional year-round initiatives.  This partnership has become crucial, especially in times like now, so that Walk With Sally can continue to support families impacted by cancer, and now COVID as well.

We can’t thank Tito’s Handmade Vodka enough for always being willing to go the extra mile and ask “how else can we get involved and support you?” Your continuous, unbridled support means the world to us and all of the families throughout Los Angeles County who are a part of the Walk With Sally program.  We are proud to honor Brian Herlihy and the entire Tito’s Handmade Vodka team as this year’s Beacon of Light Award recipient.

Every year, Walk With Sally dedicates the Lifetime Friendship Award to two people who have created a significant impact on each others’ lives, and who have embodied the characteristics of what makes Walk With Sally so meaningful.

This year, Matthew Milan and Ed Vukmirovich have been recognized for their dedication to each other, their commitment to the Walk With Sally community, and their admirable growth throughout the past 4 years.

Matthew Milan is a driven young man who is just about to start his freshman year in college. Matthew lost his mother to a 7-year battle with Breast Cancer back in March of 2013. Since then, Matthew has become heavily involved with Walk With Sally and eventually was matched with his mentor, Ed. Ed Vukmirovich is an active member of the community and has played a large role in Matthew’s life. Ed’s father passed away in 2014 from Leukemia, and he decided that he wanted to give back to the community that helped him so much after his loss. 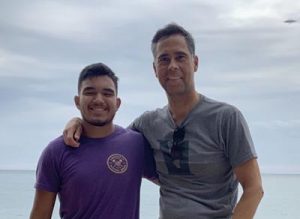 Throughout their time with Walk With Sally, Ed and Matt have built an enduring friendship that began with Ed introducing Matthew to the world of hiking and mountain biking in 2016. Since then, Ed has been a role model in Matthew’s life as he has inspired Matthew to grow as a person through fitness and leadership. Ed pushed Matthew to achieve the most that he could, which led to Matthew becoming the Vice President of volunteering at Walk With Sally this year. Ed continues to be a daily presence in Matthew’s life, encouraging Matt to reach his goals in both academics and fitness. Matthew continues to push himself through physical training, and to that end, he even completed his first L.A. Marathon this past year.

Even though Ed has helped Matthew through a lot of challenges over the past few years, Matthew has also inspired Ed. Ed reflects, “I’ve learned so much from Matthew, he yearns for growth and wants to continue to better himself… and that’s been inspiring to me as a human being, to watch someone who has overcome so many challenges in his life and yet still leverages most of his challenges to remain positive.”

As Ed drops off Matthew for his freshman year at Aquinas College in Michigan, Walk With Sally appreciates and recognizes the value of their bond, and hopes that their friendship serves as inspiration for any future members of the Walk With Sally community.