Bob and Nathan rarely do the same thing together twice.

If this month is mini go-kart racing, next month is flying drones.

The only exception is action movies.

Nathan’s mom, Claudia Stock, says her 13-year-old son and Bob Oh, his Walk With Sally mentor, do “boy things” together.

“It helps me out because I know that Nathan has that time, a couple of days in the month, that he can talk about stuff that I can’t really talk to him about.”

When Claudia Stock’s husband passed away in February 2015 from throat cancer, her 13-year-old son, Nathan, became the only guy in the house.

Claudia knew Nathan needed a male influence in his life to talk about his feelings.

She found out about the Walk With Sally mentorship program through Nathan’s school counselor and enrolled her son and daughter immediately.

“At that time, I was completely lost because I was losing my husband. I didn’t know how to comfort them. That’s why I thought somebody who had already been through it would be good for my kids to be able to talk to and share their feelings.”

Nathan was paired with Bob Oh, who also lost a parent to cancer. The two became fast friends.

“It was a little awkward at first, but I was happy at the same time because I was getting a mentor and he seemed pretty cool,” Nathan said.

Each month, they get together to enjoy boy stuff, with fishing and paint balling in the near future.

Bob once took Nathan to his office at Boeing for “Bring a child to work day.” Nathan had such a great time building crafts and models that he now says he wants to be an engineer when he grows up so he can work with Bob.

The other giveaway is Nathan’s comfort with talking, something he doesn’t normally do a lot of.

“I always tease him because he’s a man of few words. When you ask him to elaborate an answer, he makes it as simple as possible,” Claudia said. 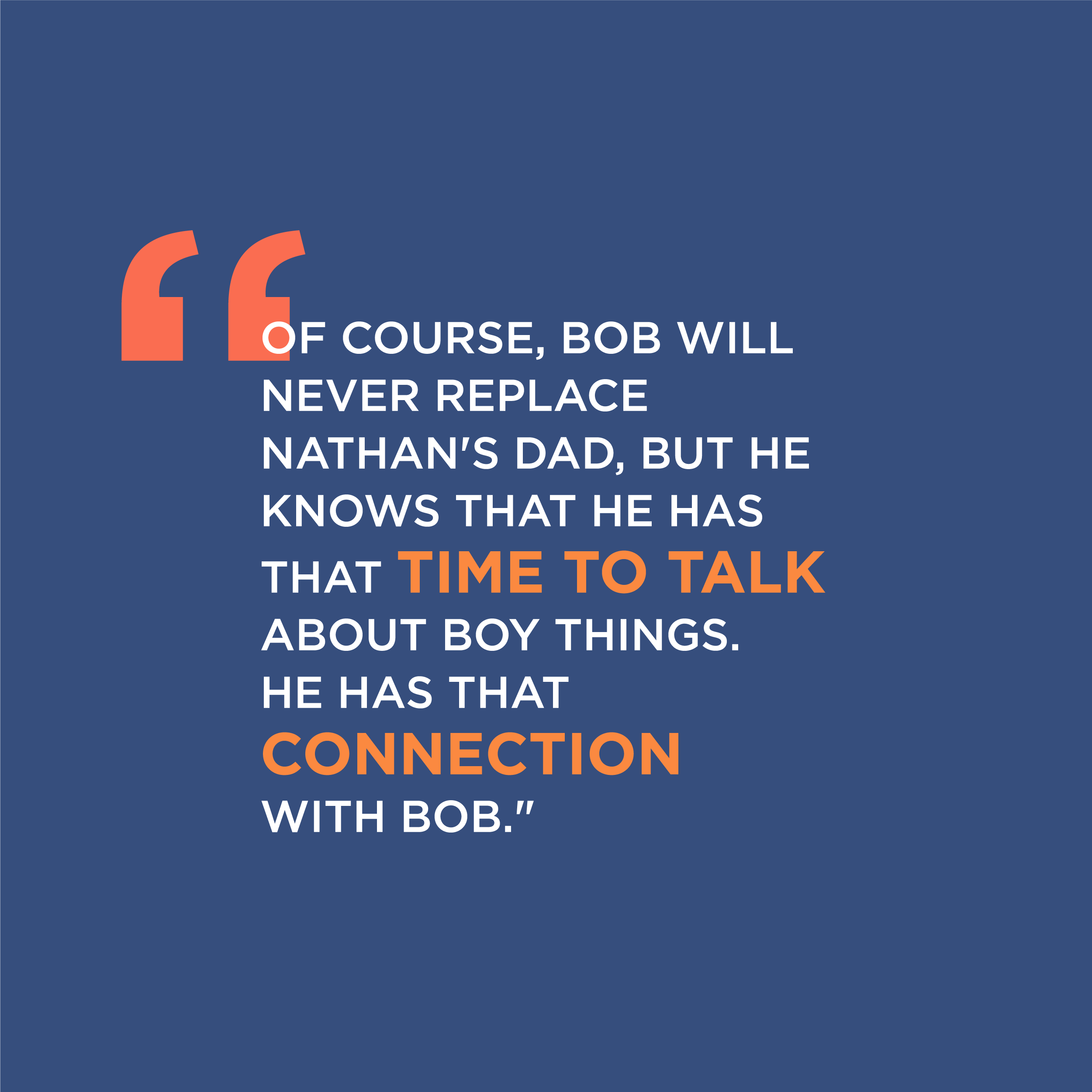 “He’s fun to talk to and he knows where I like to go.” Nathan says he sometimes talks about losing his father with Bob, but “not constantly.”

“Of course, Bob will never replace Nathan’s dad,” Claudia said. “But he knows that he has that time to talk about boy things. He has that connection with Bob.”

Talking or no talking, it’s a real, genuine bond.

We invite you to become a Mentor!